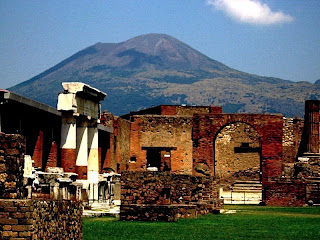 Cause of Destruction: Eruption of Mount Vesuvius
Rediscovered: 1748
Location: Italy 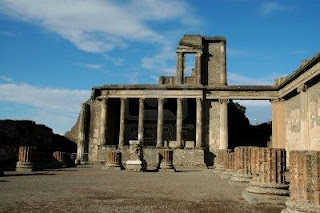 At dawn of August 24, 79 A.D., a violent explosion of massive toxic gasses and burning cinders from the eruption of Mount Vesuvius causes time to stop at Pompeii. The eruption of Mount Vesuvius spews tons of molten ash, pumice and sulfuric gas miles into the atmosphere suffocating the inhabitants of the Roman cities of Pompeii, Herculaneum and Stabiae. The city of Pompeii was buried 9 feet under volcanic ash. 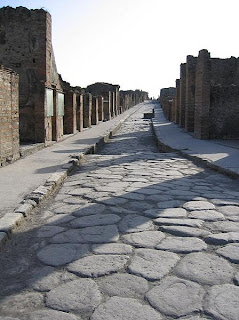 In 1748, archaeologist began to slowly uncover and excavate the ancient city. Until then, Pompeii lay buried for nearly 1,700 years.

Pompeii is one of the most important and significant evidence of Roman civilization. It provides rich information regarding the customs, trades and everyday lives of the past Roman people. Pompeii was a haven to many wealthy Romans before, and so the rich remains of Pompeii continues to wow people until today. 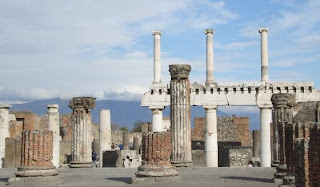 Today, we can see some of the tragic death scenes in the plaster cast. The archaeologist poured some liquid plaster into the hollows left in the ash when the bodies had decomposed to create the figures at the moment of their death. Most of the inhabitants of Pompeii were not killed by collapsing buildings or the volcanic shower of magma, stones and ash but by the poisonous gasses release from the pumice stones. 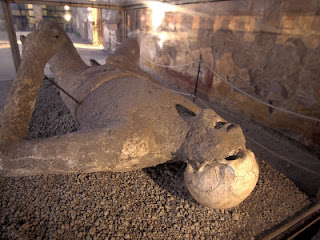 Pompeii's excavation has provided an extraordinary detail and insight into the life of a city at the height of Roman empire. It is now one of the most popular tourist attraction in Italy and a UNESCO World Heritage Site. 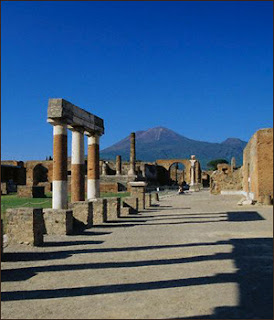 Under the Ash, everything remained as it was at the time of the eruption of Mount Vesuvius. Several important clues were left behind as the cities, artwork and buildings were preserved by the ash that covered the city. 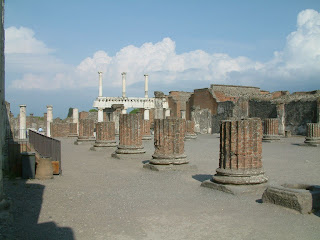 Pompeii serves as the reminder of the Roman civilization that is so vivid and tangible which contributes to the history of the past and the fascination of the present. 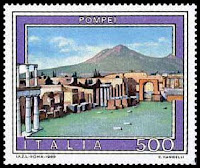